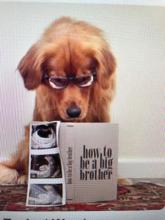 "Every good and perfect gift is from Heaven above."  James 1:7

It is with great joy that our second grade teacher, Mrs. Alicia Brown, would like to announce that the Lord is blessing her and her husband, Ryan,  with... A BABY!

We are so incredibly happy for Mr. and Mrs. Brown (and dog, Bo!) and share in their excitement!  This baby is such an incredible gift, and we so look forward to his/her arrival into our St. Matthew family!

Jesus Can Fix Anything!

For God so loved the world that He gave His one and only Son, that whoever believes in Him shall not perish but have eternal life."      John 3:16

If you think about some of your most treasured earthly possessions, what would they be?  Perhaps your list may include a family heirloom, a piece of jewelry from a grandparent, or a special handwritten letter?  For me, especially as my children entered into adulthood, my family photos are some of my most treasured earthly possessions.  There is a popular saying that states, "A picture is worth a thousand words," and I believe that photographers have an exceptional talent that allows them to capture treasured moments and precious memories for people.

All currently enrolled students, as well as all perspective students, are invited to attend this "EXTREME" Open House, where attendants will have the opportunity to visit their next year teacher and classroom, make a family art project, and eat a light dinner.  The evening will conclude with a BMX bike stunt show, performed by Solution Action Sports.

The "Key" To Staying Positive

Have you ever made a decision that seemed to make perfect sense at the time, only to find out shortly afterwards that there were serious flaws in your logic?

Last Sunday, we had the opportunity to celebrate Ken's mom's 80th birthday! With a guest list of approximately 60 people, we decided to utilize a party venue that was close to her home in Howell, Michigan.

Minutes before my son and daughter-in-law left their condo in Plymouth, they decided to take Courtney's car.  However, my son determined that the house keys on her key chain made the set of keys too bulky to fit in the pockets of his new coat so he took them off the key chain and placed them on the kitchen counter.  Courtney immediately questioned his actions, but he reassured her that everything would be fine and off they went.

Persevering Through the Tough Times 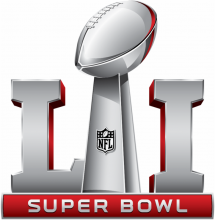 "And let us run with perseverance the race marked out for us, fixing our eyes on Jesus, the pioneer and perfecter of faith."   Hebrews 12:1

Recently, I read a statistic that 72% of American homes were watching the Super Bowl on February 5th.  Were you one of them?

If so, you had the opportunity to witness one of the most amazing comebacks in Super Bowl history!  With a score of Patriots 3 to Falcons 21 at the end of the first half, I thought the game was over at the conclusion of the halftime show.  The lack of excitement from the game  served as a lullaby for Ken, so I decided to leave him asleep on the couch, and be productive by going grocery shopping.  I have to admit that as I wandered through the aisles of Kroger, it felt as if I was in a ghost town, with the exception of the employees frantically trying to restock the snack foods.

Such An Incredible Gift! Grandbaby Palka Arriving in July! 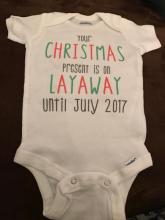 "Every good and perfect gift is from above, coming down from the Father of heavenly lights, who does not change like shifting shadows." James 1:17

As a parent, you just have that keen sense of awareness when things just don't add up regarding your children's behavior... like the time my four year old brought me into our living room to show me that someone had written JOHS in very distinct Preschool handwriting on the wall. With the sweetest angelic face, he told me that his seven-year-old brother, Josh, must have done it, and I should punish him. He looked absolutely stunned as I told him that I didn't think he was telling me the whole truth.

Many Blessed by Lunch Bags of Love!

On January 22, 150 students and family members gathered in the St. Matthew gym to assemble 400 lunches for the NOAH Project, which is a Warming Center for homeless people located in Detroit's Central Methodist Church. Throughout the entire evening, it was so much fun watching the Holy Spirit shine through families as they worked together to decorate bags, write notes of encouragement, assemble sandwiches, and pack ten lunch bags.  Afterwards, families gathered together to eat pizza and enjoy fellowship.

Supervising the lunchroom for many years, I have learned a lot. I have been extremely impressed with how willing children are to eat the healthy foods packed in their lunches. I have learned about family favorite meals such as "pizza casserole", "taco pie", and "slimy chicken". This year, I have also watched our Kindergarteners demonstrate their promising culinary skills by making daily food "creations", such as pickles and cheese on top of applesauce or potato salad smeared on pizza. However, there is nothing as exciting as a loving note found in a lunchbox. Often, I am greeted by an excited child waving a piece of paper and proclaiming, "look what I got!"